About Bror Hjorth and his art

Bror Hjorth (1894-1968) grew up a couple of miles north of Uppsala. He received his artistic education in Paris, where he lived and worked throughout the 1920s. He started out as a sculptor but soon became  a painter as well. He found inspiration in both older and contemporary art and in folk art. 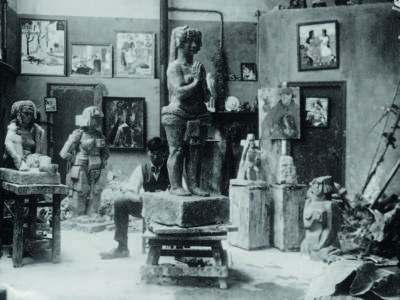 Bror Hjorth in his studio in Paris in the early 1920s. Most of the art works have been preserved and a handful can be seen in Bror Hjorths Hus.

Bror Hjorth’s robust expressionism and strong colours convey, at least at a first glance, a joie de vivre, a celebration of life. Quite often he used his own experiences and heritage as a starting point for his narrative paintings in the 1920s and 1940s. His early sculptures were usually roughly cut in stone or wood. He made use of the  immanent shape and quality of the materials.

Bror Hjorth had his breakthrough in the mid-1930s. A few of his sculptures were deemed immoral at a gallery exhibtion and were censored by the police for being erotically explicit. This created a lively press debate and consequently made the artist widely known. 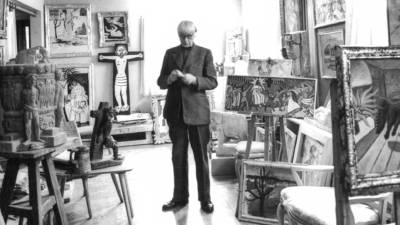 Bror Hjorth in his livingroom at Norbyvägen, surrounded by his own paintings and sculptures.

In his late paintings Bror Hjorth used dark outlines to frame bright unmixed colours. He returned to his experiments of the 1920s and exaggerated the flatness of his paintings. In contrast, his sculptures remained heavy and voluminous, though they left the raw primitivism in favour of a more refined and architectural approach to the simplified forms. Bror Hjorth was also highly skilled at drawing and was Professor of Drawing at the Royal Art Academy in Stockholm for ten years.

In the mid-1940s, Bror Hjorth and his wife Tove built the house on Norbyvägen, which is now the museum Bror Hjorths Hus. Bror Hjorth lived and worked there during the last twentyfive years of his life, first with Tove and their son Ole and the adopted refugee Tommy and later together with his second wife Margareta. 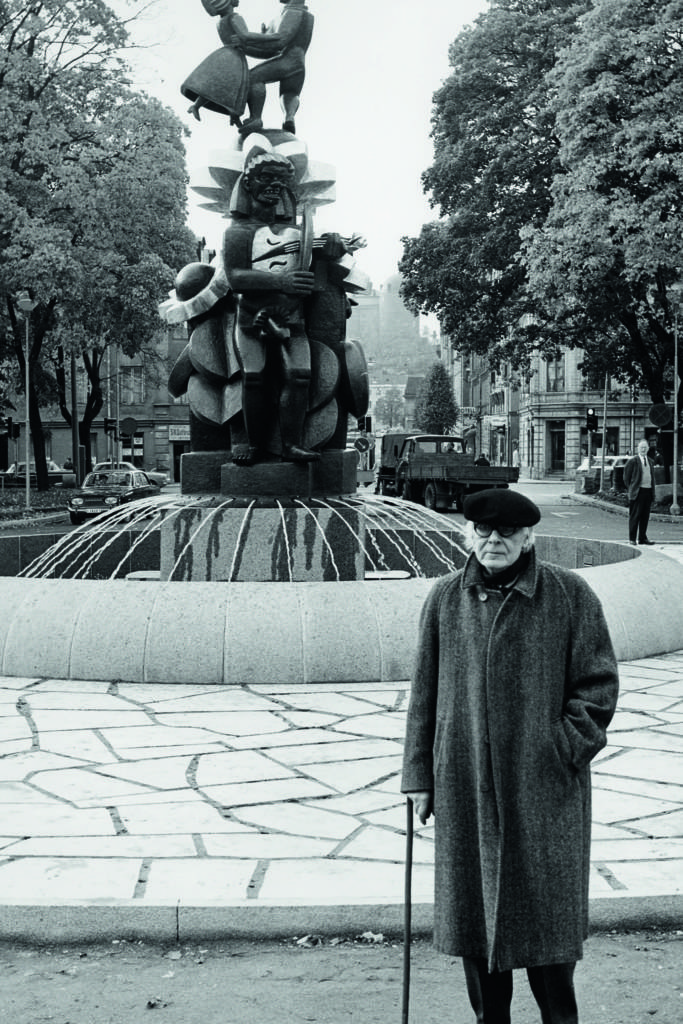 Bror Hjorth in front of his sculpture Näckens polska, 1967. Uppsala Castle can be seen in the background.